You are here:
MEMBERS ONLY 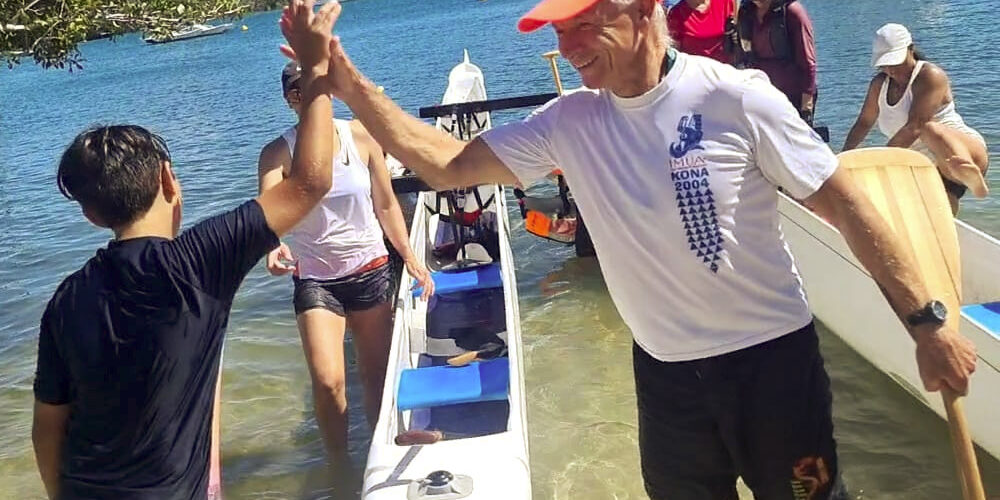 Message from Des Mabbott
Dear members of NOCC,
Many of our visiting teams who attended our regatta came across to our rego desk to thank Noosa for putting on, in their words “a great regatta”. It is heart-warming to know that the considerable effort made by club members has enabled Noosa to “set the standard” for a great regatta.
You may recall that our regatta date was originally set as the ‘National Sprints and World Sprint Qualifying’ event but this was cancelled due to covid. This open slot was then available for clubs to offer to host a regatta and with only six weeks to go, Noosa OCC received the “go ahead”.
So, Chris Horan went into overdrive as our regatta coordinator, ensuring that all permits were acquired and encouraged the team leaders of the many and varied aspects to get going, identify tasks and recommend club members to join each of the working parties.
This was truly a magnificent effort from all involved (and that was probably all club members). In particular, when “Plan B” was invoked due to the waterlogged trailer park, the extra challenge was met and all competitors arrived on site with adequate time.
The yacht racing was another challenge we have not had to deal with before. Although we received approval from Marine Safety Queensland to use the whole river, the yachties, apparently, don’t apply for a permit and thus plan regattas at their whim. It was only three weeks out from our regatta when we heard the Yacht Club had planned a regatta with crews across the state coming to compete at 1pm! So, it was too late for them to cancel.
You saw the result . Even though we changed our race course to up river, the yachties encroached on our start line so we needed to work with them so that races didn’t clash.
As a result, the programme got delayed, but no-one seemed to mind.
Our regatta was well attended as you saw, and on average we had well over 20 outrigger canoes on each start line. With the exception of teams south of the border, we had representations from almost every club in South Queensland Zone (including Norfolk Island) and Canoe Point from Tannum Sands.
This River Race was introduced in 2015 as we saw an opportunity to promote the sport in view of the general public (you don’t get many spectators in open ocean racing). We had also enjoyed the Resi River Race in Brisbane in the 2010s but this had disappeared off the calendar, so we decided to do something similar on the Noosa River and this has developed into the regatta you were involved with yesterday.
The planning covered the following (in no particular order but all essential):
permits from Council and MSQ, programme planning, land venue layout, First Aid, food, drinks and coffee, (fridge, generator/compressor/power), tents, covid plan, waste, toilets, parking, registration, raffles, race organisation, medals, maps, starting and finishing, briefing, support boats drivers and crew, boats themselves from members, canoes both for us and our visiting teams, sponsorship, publicity, and the PA with our “Bing Bong” MC.
Yes, there were a few glitches and a few protests, but nothing out of the ordinary for adrenalin-fired competitors. All in all, a magnificent effort. Thank you all.
It is my personal view that when we put on our regatta our priority is to ensure our guests are well catered for even if it means less than ideal racing preparation for ourselves.
Nonetheless even with all the goings on and work being performed by members, and the rostering that was needed, all Noosa crews still performed admirably on the water.
Next time we will have a bit longer to prepare. Put it in your diary/calendar now –
14th May 2022:
Race #4 of the SQZ marathon
Noosa Main Beach!
Thank you all
Des Mabbott
Race Director
Category: MEMBERS ONLY29/11/2021
Share this article
Share on FacebookShare on Facebook TweetShare on Twitter Pin itShare on Pinterest Share on LinkedInShare on LinkedIn Share on WhatsAppShare on WhatsApp
Latest News
Go to Top