You are here:
ClubGeneral NewsRacing 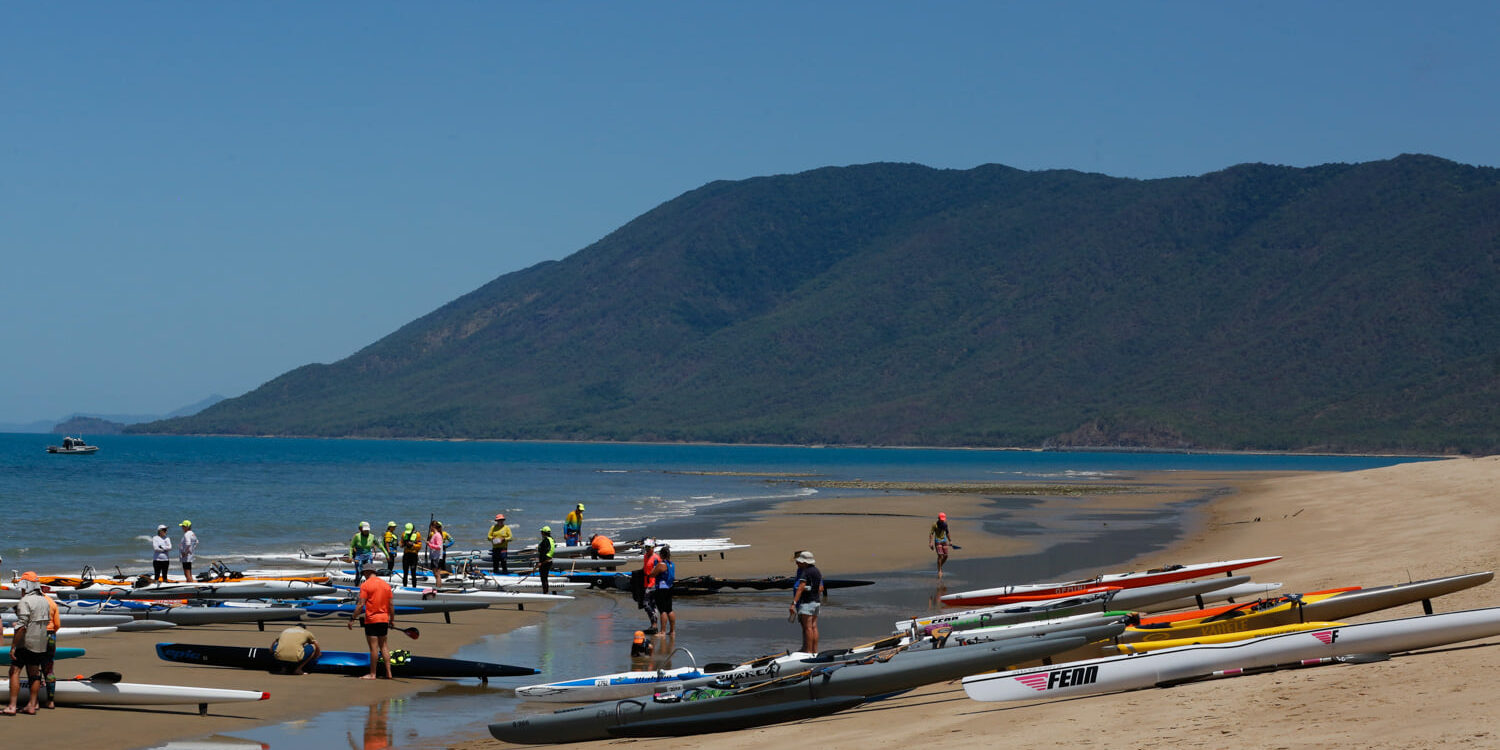 Mid September and some paddlers start thinking about the Marlin Coast Challenge held this year on the 16th of October. A four part race from Yorkeys Nob, Cairns to Port Douglas 43 kms north. It can be done Iron or relay, OC1, 2 or 6 and skis. Hoping always for the weather gods to provide a great down wind run.

OC 2 race training ramped up, uniforms were printed, (thanks Flea) flights, hire car, accommodation and canoe transport were booked. Team registered and tickets to after party were purchased.

The excitement was building as race day approached. The drive from Cairns airport to Port was punctuated by stops at all the relay change points for tomorrow’s race. Cara and Manu never having competed in this race. Cath had done it once some years back. Originally paddling in Port Douglas, this was my 5 th MCC. Predicted race day conditions were for a flat hot race day with the possibility of a northerly wind (no down wind run). Hydration and nutrition became paramount.

Race day arrived clear skies, variable winds and that tropical sun/heat. After the canoe blessing and an excellent race briefing, with 67 craft on the water, the 14 th Marlin Coast Challenge was underway. Cara and I competed the first leg, 12 kms from Yorkeys Nob, hard hot racing with only a few bumps. At Ellis Beach we arrived middle of the pack. Then handed over to Cath and Manu for 10.5 kms Ellis Beach to Wangetti leg. Hydration and cooling was vital when not paddling. Cara and I  had Wangetti to Oak Beach for our second leg. More bumps, roughly in our direction, only 8 kms, finishing 19 th in the field. At Oak beach Cath and Manu took over for the 14 km run into Port Douglas. Finishing 14 th of the 67 craft.

Both crews of our team had considerably better second legs than first legs. There was Much celebration on the beach at Port Douglas once the race was over. We were so lucky to have Sandra and Jim Kennedy follow the race from Yorkeys Nob to Port Douglas, taking photos and giving moral support.

The after party and presentation was at the finish line just behind the beach at Port Douglas Outrigger Canoe Club. Our team was beaten by the Mission Beach Master Women’s crew, some of whom have paddled all 14 Marlin Coast Challenge Races.

All agreed it was one of the best paddle experiences we have ever done. Will we be back next year? You bet.