Noosa paddlers kick off the racing season at Redcliffe 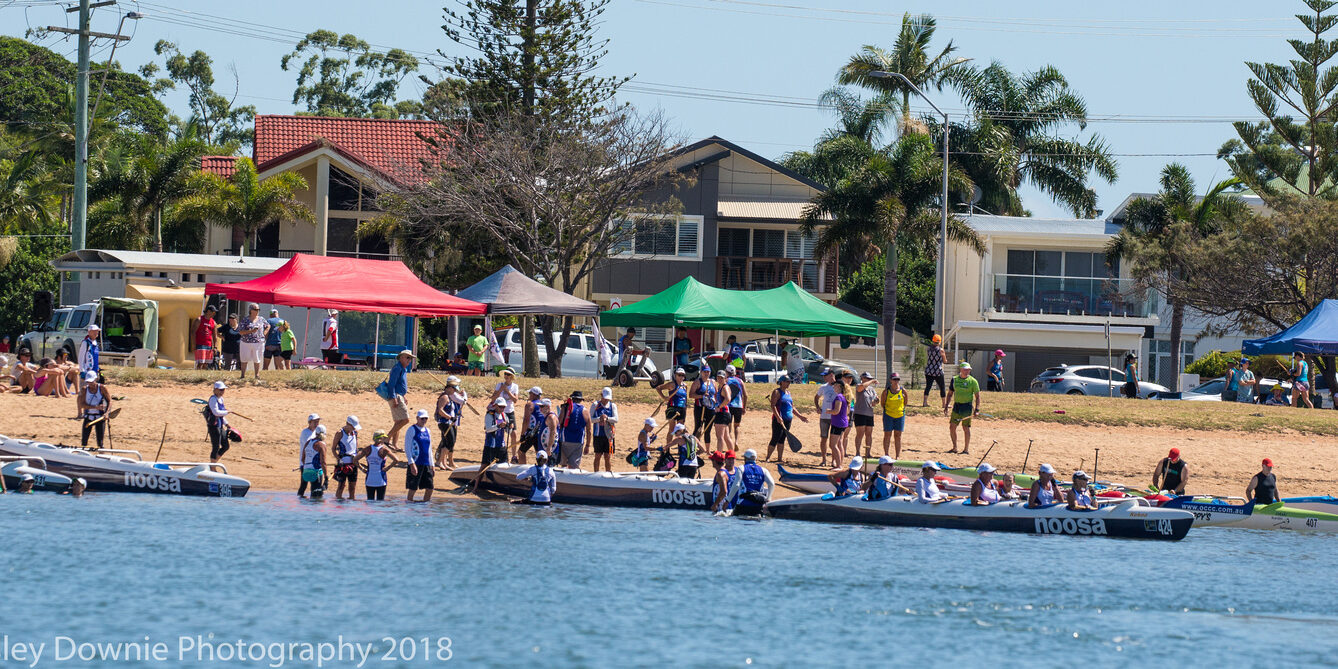 Noosa paddlers kick off the racing season at Redcliffe …

The 2018 regatta season kicked off at Bells Beach, Clontarf and Noosa paddlers were out to make a statement entering eighteen teams in the four senior races.

Moreton Bay has a reputation for unsettled and wet weather but this time there was little wind, hot sunshine and just a few waves on the bay.

Two long courses (one for women and one for men) were set for 16km but GPS and race times indicated that the course was in fact closer to 19kms! The course was from Bell’s Beach into the bay then up the coast towards Redcliffe and return.

The women’s and mixed teams long course race was first with 22 crews setting off together. As they disappeared into the distance the men kicked back under the tent preparing for their upcoming race ordeal.

Junior teams were next to paddle, so Noosa crews took the opportunity to seek shade, rest up, recover and talk stories to willing or unwilling ears.

The women’s 8km short course was next with an opportunity to put novice teams to the test. Noosa has recruited well this year and was able to field three teams in the novice division. The first Noosa team steered by Tina Standish was home in 1 hour 1 second, just 12 seconds behind the top placed Novice team from Tweed Coast. The two other Noosa novice teams both experienced a huli (capsize) with one team still managing to place third in 1:08:28. Unfortunately the other team was had to pull out of the race.  This was a great introduction to racing for these women and the many smiling faces indicated that they had a fun time.

After the race the canoes and equipment were loaded onto trailers in super quick time and the crews all enjoyed a laugh and social over a cold beer before heading home.