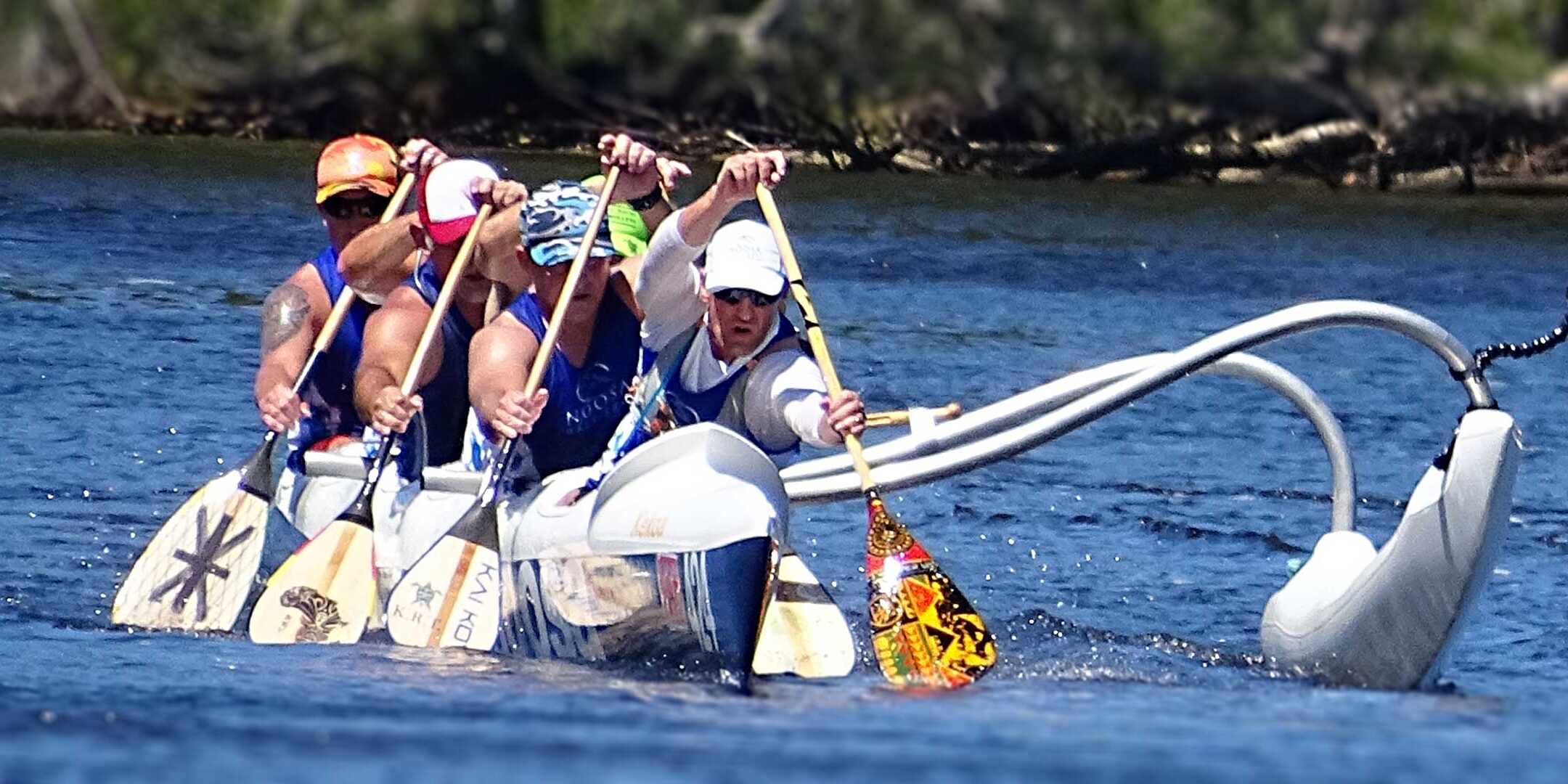 In the happy wake of the recent Noosa River Race, the Noosa Outrigger Canoe Club was announced as the largest club in Australia.  Hosting the most club members is a great achievement and a testament to the coaches and club members who encourage and welcome new members all year round.

A Come and Try event was held in late September with more than 40 participants keen to try out this exciting water sport. A dedicated novice training program will commence soon to give the clubs newest members a great start to their paddling experience. If you’re interested, please contact the club now.

Formed in the late 1980’s with one canoe on loan, the Noosa Outrigger Canoe Club (NOCC) now has 11 canoes and myriad teams enjoying ocean racing throughout Queensland and at times internationally and several members are current or previous World Champions. There are also recreational paddlers who enjoy a quieter paddle in the beautiful Noosa River. Age is no barrier with NOCC members aged from their 30’s to 80’s!

NOCC has its current home in Chaplin Park, Noosaville – you’ll see the canoes lined up on the foreshore. Operating from a couple of shipping containers and interlinking hand built cages, NOCC hopes to one day have a clubhouse befitting such a robust and successful club.

The recent Noosa River Race is testament to the success of NOCC, as it attracts large numbers of other club teams to its well-orchestrated regattas. A stunning blue sky day dawned to show the river at its best and a great day was had by all throughout this OC6 (six-person canoe) event.

In the women’s 8km short course, the Novice Women with Chris steering finished in 50 minutes 40 seconds and combined age teams W360+ steered by Val and Tina finished in 52:01 and 57:01 respectively.

For the men’s 8km short course the Novice Men steered by Paul Brown finished in a respectable 47:16 and the combined age team M360+ steered by Rainer and Roger finished in 43:40.7and  45:44.9 respectively – it was a great battle!

The day finished with the fun of a relay event – 2 teams alternating over 4 x 5km laps with in water change-over of the team members. 8 teams from various clubs participated with the Noosa +600 team taking line honours and first in the division in style! The steerers were Stacey and Bodo and they finished in 59:07. Unfortunately, two teams were unable to finish – Tina and Rainer’s and Val and Marco’s.  In the -600 division, the Noosa team steered by Paz were first in the division 59:46.

If you would like to know more or to come & try … https://www.noosaoutriggers.com.au/join-us/